Wet Foot, Dry Foot: the Mariel boatlift and the dangerous persistence of memory

In one of its final acts, the Obama Administration ended the “wet foot, dry foot” policy, closing a special path to legal resident status for Cubans. While often understood merely as a unique privilege, the policy was also an effort to restrict Cuban mobility. “Wet foot, dry foot” was established in 1995 in order to constrict the flow of people who had been attempting to paddle rafts and small boats from Cuba to the United States in what became known as the balseros crisis. After a series of negotiations, Cuba agreed to accept the return of future migrants intercepted on the water, the United States agreed to permit the entry of those who made it to land, and “wet foot, dry foot” was born. The policy’s 22-year run ended just before Donald Trump took office, but “wet foot, dry foot” and the new president overlapped in a crucial way. Both drew on memories of an earlier moment in the history of Cuban migration—the Mariel boatlift.

Between April and October of 1980, nearly 125,000 Cubans made their way to the port city of Mariel, boarded boats, and sailed to Key West. At first, many in the United States celebrated the mass exodus as a blow to the credibility of communism and Fidel Castro. But rumors soon spread that Castro was using the boatlift to empty Cuban prisons and mental institutions, sparking fears of a “criminal” invasion.

Race and gender profoundly shaped those fears. Photographs and television segments reflected the tens of thousands of black and brown young men who made the journey, and whose presence set the boatlift apart from earlier waves of Cuban migration. Infused with such images, U.S. press coverage shifted from sympathetic accounts of the “Freedom Flotilla” to alarmist reports of the “criminal element” disembarking at Key West.

The U.S. government dispersed about half the new arrivals to detention and resettlement centers on military bases around the country. Some 20,000 of them ended up in Fort Chaffee, Arkansas, despite the objections of then-Governor Bill Clinton. A small number of Cubans at Fort Chaffee participated in a series of protests and revolts over the summer, which fueled resentment for the Cubans in Arkansas and likely cost the governor his 1980 reelection bid. That experience haunted President Bill Clinton fifteen years later, as he considered possible responses to the balseros crisis. In devising the policy solution that became “wet foot, dry foot,” one of the Clinton Administration’s primary goals was preventing “another Mariel.”

Memories of the Mariel boatlift continued to linger outside the realm of high politics, as stereotypes and myths drove the persistent criminalization of people who made the voyage. Studies published soon after the boatlift revealed that fewer than a quarter of the new arrivals had spent time in Cuban prisons. Most within that group had been locked up for petty crimes, and some had been arrested under the vague charge of “social dangerousness.” Their experiences affirm the need to question the “criminal” category itself, but alternative approaches notwithstanding, empirical studies make clear that sensational claims about Mariel Cubans and crime had little basis in fact.

Despite consistent efforts to debunk the myths of Mariel, many continue to remember 1980 as the time ‘when the criminals came.’ The January 2017 joint statement that announced the end of “wet foot, dry foot” brought renewed attention to the Mariel boatlift because it also addressed a longstanding question about the status of several hundred Mariel migrants who had been slated for deportation in 1984 but remained in the United States. Press coverage of their situation catalyzed a new round of distorted depictions of Mariel migrants, which uncritically perpetuated the notion that they were “street urchins with bad intent” and even borrowed from Donald Trump’s lexicon to refer to them as “bad hombres.”

The continued misrepresentation of Mariel Cubans is not only inaccurate, it is dangerous. In fact, Trump has already tried to cash in on such myths. Soon after formally announcing his candidacy for president, he went on a talk radio show and told listeners the falsehood that in 1980 Fidel Castro “opened up his jails, his prisons, and he sent them all over to the United States.” Trump then claimed that thirty-five years later, in 2015, the Mexican government was using the same tactic—“sending” people—who committed crimes.

Just as he exploited typical memories of Mariel, Trump has exploited false and distorted stories about recent migrants to justify plans to expand the existing deportation regime, exclude people from majority-Muslim countries, and enact even more punitive immigration laws. He wants people to remember ‘when the criminals came.’  Combatting this project of criminalization and exclusion—that is, preventing “another Mariel”—demands remembering differently. 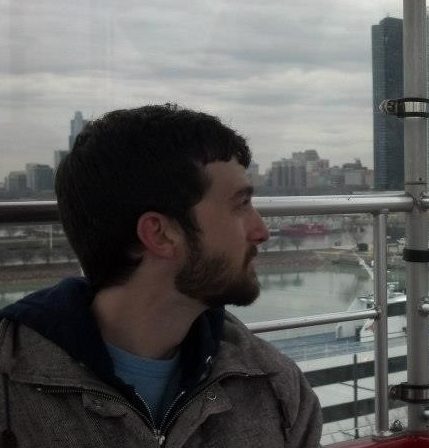 Alexander M. Stephens is a second-year PhD student in History at the University of Michigan. His primary research interests are in migration, racial formation, and policing and incarceration in the United States and Caribbean. His dissertation research centers on the stories of Cubans who came to the United States during the 1980 Mariel boatlift and their encounters with policing and carceral institutions.
Grad Student Post | Refugees
← In 2017 IEHS scholars made history
Transatlantic Obligations: a new source for immigrant remittance networks →
#