The Scots Irish are surely among the most mythologized immigrant groups in America.  Thanks in large part to popular best-sellers such as Jim Webb’s Born Fighting, which has recently become a two-part series by the same name on the Smithsonian Channel, or the more recent Hillbilly Elegy by J.D. Vance, we’ve been conditioned to think of the Scots Irish as America’s prototypical backcountry pioneers. Over nearly a century of migration from Ulster beginning in the 1710s, they brought their hardscrabble ways of life, devotion to Presbyterianism, and fierce love of whiskey, fiddling, and fighting to America, settling the frontiers of Pennsylvania, the southern backcountry, and Appalachia. Over time, many of them launched themselves into the forefront of American life and put their mark on America’s protestant moralism and democratic politics.  Those left behind, by contrast, gradually formed a defiant and increasingly alienated subculture that helped elect Donald Trump as president.

That’s the story we know.  My new book, The Scots Irish of Early Pennsylvania, the second in a new Pennsylvania history series published by the Pennsylvania Historical Association and Temple University Press, unpacks and challenges these stereotypes. In a relatively brief narrative synthesis, my book invites teachers, students, and general readers to reconsider this group’s history in Ireland and Pennsylvania by demonstrating how varied they were as a people.

Men and women, I argue, played essential roles in Scots Irish households and communities in Ireland and America, and Scots Irish immigrant families, who hailed from both rural and urban areas of  Ulster, represented widely varying class, educational, and economic backgrounds.  Once in Pennsylvania, these “varied people” then pioneered Pennsylvania’s frontiers while also settling its small towns and cities such as Philadelphia. They worked as farmers and laborers, and also as merchants, traders, attorneys, and ministers. Many became important political power brokers; others built churches and founded colleges. Their impact was diverse and far-reaching.

With that argument in mind, those who wish to teach the volume have multiple options, especially when they pair it with primary texts and visual resources available online and in print.  Let me suggest a few possibilities here.

Benjamin Franklin, A Narrative of the Late Massacres … (Philadelphia, 1764)

Chapter four of my book tackles the oft-romanticized association between the Scots Irish and frontier violence by examining the circumstances surrounding the Paxton Boys’ (a group of predominantly Scots Irish frontier vigilantes) brutal murder of peaceful and Christianized Native Americans in Lancaster and their subsequent march on Philadelphia in 1763-64. Thanks to Benjamin Franklin, who issued an incendiary pamphlet calling them out as savages and critiquing their actions as a massacre, the Paxton men’s heinous actions inspired a print war between their detractors and defenders who used the event as a pretense to debate the political and social direction of the colony and the role of immigrants and Native Americans in it.  My chapter offers an overview of those debates, while setting them in the broader context of imperial warfare, intercultural violence and fear at mid-century. Pairing this chapter with the primary sources from this debate available at Digital Paxton allows students to read and assess these debates themselves.  Reading Benjamin Franklin’s A Narrative of the Late Massacres…, for example, students can see how Franklin used ethnic and religious stereotypes to demonize not only the Paxton men, but to condemn all Scots Irish Presbyterians in the colony. Students can also see how others struggled to defend these frontiersmen by reading works such as Thomas Barton’s The Conduct of the Paxton Men … Or, they can see how the Paxton men represented themselves and their grievances in the Declaration and Remonstrance they presented to colony officials.

Those interested in teaching about Scots Irish women (a topic in desperate need of further research) might focus instead on my discussion (chapters one and two) of the essential role women played in linen production in Ireland and America. Pairing those chapters with William Hincks’ richly detailed illustrations of Ireland’s eighteenth-century linen trade, which highlight women’s presence and their labor in the production of this valuable commodity (see pp. 16 & 18 of my book for two of these illustrations) would be fruitful launch points for class discussions about women’s contributions to the Atlantic World economy.

Finally, any instructor interested in teaching about the Scots Irish and the tremendous range of individuals who composed this immigrant group should be aware of the wonderful annotated source collection of Irish immigrant letters and memoirs edited by Kerby Miller, Arnold Schrier, Bruce Boling, and David Doyle, which I draw from to write the individual vignettes that open most of my book’s chapters. Teachers might pair my book with excerpts from this annotated source collection so that students could read fuller, first-person accounts of men like Alexander Crawford, Henry Johnston, James Magraw, or John M’Cullogh whose diverse backgrounds and experiences in Ireland and America I use to bring life to the argument of my book. 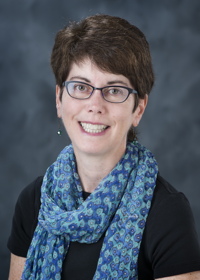 Judy Ridner is an Associate Professor of History at Mississippi State University where she specializes in early American history, US immigration history, oral & public history, and material culture.  Her first book, A Town In-Between: Carlisle, Pennsylvania and the Early Mid-Atlantic Interior won the 2012 Philip S. Klein Book Prize in Pennsylvania history. She’s currently researching a new book on the material culture of ethnic identity in the early mid-Atlantic. Follow her on Twitter.
IEHS books | Teaching
← Immigration historians in the news 2018
Contesting Immigration Incarceration: How the Mexican Consulate in St. Louis Worked to Free Migrants →
#