Our Thanksgiving Meals Are Eaten, But The Fight for Farm Workers’ Rights Is Still on the Table

The day after Thanksgiving in 1960, CBS aired an hour-long documentary hosted by Edward R. Murrow called Harvest of Shame which graphically depicted the poverty and despair of migrant farmworkers across the United States. Its strategic premiere date aimed to shock viewers resting after their big meals into seeing that many of their fellow Americans were suffering from hunger and deprivation as they harvested food for the nation. Along with domestic workers, farm workers had been notoriously excluded from New Deal-era legislation that offered workers the right to collectively bargain, a minimum wage, and age limits on child labor. Harvest of Shame was a legendary news broadcast because it provoked such an intense audience reaction—outraged and horrified viewers swamped both CBS and members of Congress with letters calling for greater rights and protections for agricultural workers.

Despite its historical call to advocacy, Harvest of Shame had a major blind spot in its coverage. It mostly focused on black and white migrant workers (despite the fact that countless Mexican American, Puerto Rican, Native American, and Filipino American workers were toiling in fields around the country), and only mentioned workers of Mexican descent in the context of the Bracero Program, a guestworker program that had been importing hundreds of thousands of Mexican men to work in U.S. agriculture every year since 1942. The documentary not only implicitly blamed braceros for competing with Americans for farm jobs, but its presentation of who was an “American” farm worker was limited to a racially binary, black-and-white understanding.

My book Grounds for Dreaming: Mexican Americans, Mexican Immigrants, and the California Farmworker Movement centers Mexican-origin people in the history of the farm worker rights movement, particularly in the West but elsewhere in the country, and takes seriously the complexity of this demographic. In the agricultural industry, Mexican Americans (U.S. citizens of Mexican descent) experienced varied, triangulated relationships with legally-contracted and undocumented Mexican migrants. Wary of braceros and undocumented migrants as labor competition, Mexican Americans grew more resentful when white Americans and immigration authorities profiled them as “foreign” too and challenged their identities and rights as U.S. citizens. Braceros found themselves in a liminal space as unprotected subjects of both their home and receiving countries and sought rights as guestworkers with very little support. Undocumented migrants became the most vilified and vulnerable workforce of all. They often led lives in the shadows until a traumatic event—apprehension by the INS, a work accident, or death—brought their journeys to light. Though the lives of Mexican Americans and Mexicans were often intertwined by work, romance, family, and common forms of discrimination, my book explains why—in an agricultural economy and context—Latino social and political solidarity was not easy.

My book’s last chapter focuses on the United Farm Workers’ lettuce strike and boycott campaigns of the 1970s, which were important moments of intra-ethnic cooperation and victory in the farm worker rights movement in California. Sadly, they were temporary peaks. In 2017, we are still seeing a harvest of shame on our supermarket shelves and dining tables. An estimated 2-3 million farm workers currently labor in our fruit orchards, vineyards, and vegetable fields. According to the National Farm Worker Ministry, for this backbreaking labor they earn on average between $12,500 to $14,999 a year (individuals) or $17,500 to $19,999 (families). In 1978 the Fair Labor Standards Act (FLSA) was amended to mandate minimum wage for farm workers, but only on large farms. Most farm workers still have to work on the piece-rate, meaning they are paid by the bucket or bushel and have to work that much faster to make a viable wage. The FLSA was never amended to provide overtime for farm workers, and only a few states such as California are beginning to give it. There are still no federal collective bargaining rights for farm workers, and many are not eligible for social services because of their citizenship status or migratory lifestyle. Less than one percent of all farm workers use general assistance welfare and only two percent use Social Security.

In addition to low wages, farm workers are some of the least safe and healthy workers in our country. They are subject to health risks and injuries from pesticide exposure and extreme weather, a lack of food and potable water, substandard and unsanitary housing conditions, workplace abuse, transportation accidents to and from their work sites, and sexual harassment and assault (as Latina farm workers recently reminded us post-Weinstein). Only a few percent of farm workers are given employer-provided insurance or sick leave and, like other vulnerable Americans, farm workers lack access to health care services because of cost, a lack of transportation, language barriers, and unpredictable work hours. Due to all of these contributing factors, migrant and seasonal farm workers have an average life expectancy of 49 years compared with the national average of 79 years.

These problems are compounded by the fact that between 1960 and today, the farmworker demographic has become overwhelming immigrant (mostly from Mexico, with others from Central America and the Caribbean), and mostly undocumented. This status makes them even more vulnerable and reluctant to report abuse or join a union for fear of losing their jobs and being deported. The problematic elements of the Bracero Program, which Congress terminated in 1964, have been kept alive in our current H2A program that gives temporary work visas to seasonal foreign farmworkers but continues to tie that legal status to employment with a single boss. If a worker wants to leave an employer for any reason (including abuse, wage theft, or indecent housing) they have to leave the country entirely.

After Harvest of Shame, NBC and CBS aired news specials on migrant/farm workers in 1990, 1995, and 2010. Several recent documentaries about injustice in the food system have been made. Celebrity chefs like Tom Colicchio, Anthony Bourdain, and José Andrés have participated in campaigns to acknowledge immigrants’ contributions to the food industry. The ABC television show American Crime even tackled the issues of undocumented immigration, labor abuse, and human trafficking in agriculture. We’re watching this media, but why has the message remained the same? Why are farm worker conditions not improving by much, even though several decades have passed? One major reason is that as the farm worker population has become more immigrant and more undocumented, it has been pushed further out of most American citizens’ sights and minds. Arguably, U.S. citizens are refusing to show up for farm labor jobs in a tough economy—even if an employer tries to entice them with higher pay, housing, holidays, and 401(k) plans—because farm work has come to mean an undesirable, invisible “immigrant” occupation in the American imagination. And even when we break out of this mentality and complain about farm workers’ exploitation, the powerful agricultural lobby responds to consumers with some form of the question, you want to keep your food prices low, don’t you? According to research by economist Philip Martin, it wouldn’t require much to begin raising farm worker wages—elevating them by 40 percent across the board would require that every American household pay only $21.15 more per year for food. Meanwhile, the agricultural industry at large has evaded federal regulation for so long that it cannot complain now about the costs of fairly compensating and protecting their workers.

In his closing remarks to Harvest of Shame, Murrow looked directly at the camera and told viewers, “The people you have seen have the strength to harvest your fruits and vegetables. They do not have the strength to influence legislation. Maybe we do.” Americans need to be as conscience-stricken after Thanksgiving 2017 in the same way we were in 1960, and need to push harder for legislation—not merely at the local or state level, but at the national level—that would give farm workers the comprehensive rights and protections they deserve. This comprehensive reform will be more difficult to achieve than the easier route of reincarnating the same flawed guestworker program which sees farm workers as temporary laboring bodies rather than full human beings who require respect, protection, and integration—but we must fight for it. The food and immigration systems of our country are tightly connected, and legislation in one sphere will affect the other. Make calls, write letters, and demonstrate in support of farm workers this holiday season, because they have not yet received a holiday from their historical underappreciation. 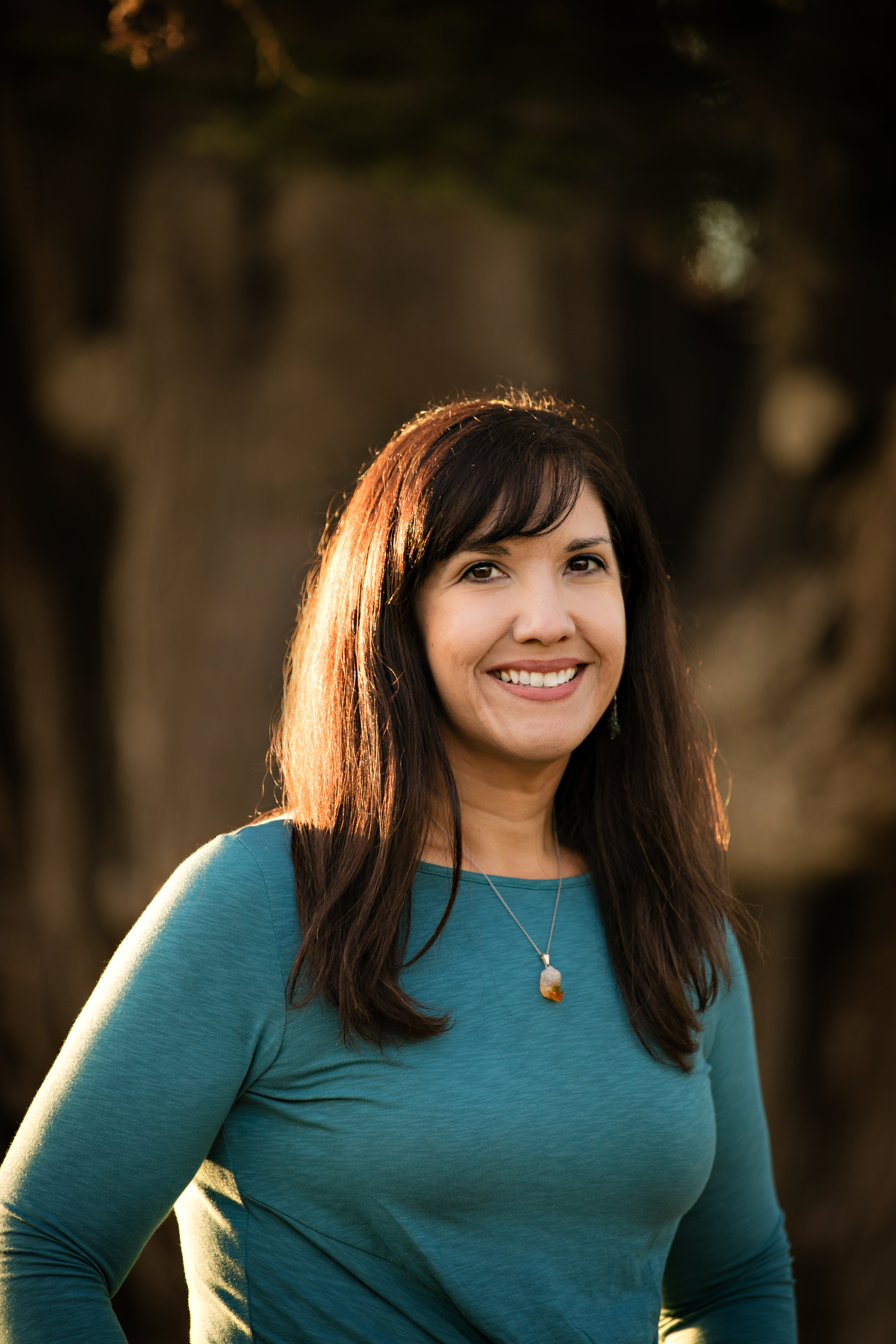 Lori A. Flores is Associate Professor of History at Stony Brook University (SUNY), where she teaches courses on the histories of Latinos in the United States, labor and immigration, the American working class, the U.S. West, and the U.S.-Mexico borderlands. Her book Grounds for Dreaming was named Best First Book by the Immigration and Ethnic History Society (IEHS) in 2017. She is currently researching her next book, which will focus on Latino food workers in the U.S. Northeast. You can find her at www.loriaflores.com.
IEHS Awards | Resistance and Activism
← "It’s Giving Back to the Community”: Historians of race and ethnicity should take sports seriously
The Difficulty of Studying “Immigrants” in the Early 19th Century →
#