“We seek no fame, nor power or wealth, but only to bring happiness to our country by restoring a Christian brotherhood.”[1]“Mexico Student Relates Synarchist Movement Aims.” The South Bend Tribune, April 9, 1943.

Efrain Pardo spoke to a large group of students and faculty at the University of Notre Dame and St. Mary’s College in Indiana on April 9, 1943. Pardo, a student, was speaking on behalf of – as well working to dispel the negative reputation of – the Unión Nacional Sinarquista, a far-right organization that contested the power of the Mexican postrevolutionary state. The group emerged out of the church-state conflict following the Mexican Revolution, opposing the government’s leftism, anti-clericalism and (perceived) individualism in favor of anti-communism, “religious liberty,” and ultra-nationalism. In the midst of World War II, adherents of the political left, media outlets, as well as both the Mexican and United States governments perceived the group, with its beliefs and paramilitary behavior, to be associated with international fascism, and denounced the organization.

In 1943, in response to the denunciations and the beginning of the group’s decline, the sinarquistas launched a campaign in conjunction with American Catholic clergy at campuses throughout the United States to sway hearts and minds of young adults, especially Mexican Americans and American Catholics, towards the movement. The United States became a key site for the sinarquistas’ counterrevolutionary push. The group hoped that by stressing a religious identity rather than a political one, the Americans they reached out to could both counteract negative publicity against the organization, as well as gain support of the U.S. government against the Mexican government.

Early in 1943, two Notre Dame students from Mexico, Francisco Cabrera and Rafael Alducin, accompanied by the Reverend William F. Cunningham, C.S.C., spoke on panels about Latin American affairs to groups of college students in the Midwest. On March 19, La Santa Teresa club hosted a conversation centered on the contemporary problems of Mexico at Notre Dame. Alducin commented on the Mexican Constitution that resulted from the revolution, while Cabrera informed the group about the sinarquista movement. [2]“South, Central American Affairs Held at Panel.” The Notre Dame Scholastic, March 19, 1943. Then, the two men travelled to Chicago under the auspices of the Notre Dame La Raza Club where they spoke at an assembly at a Catholic women’s college, Mundelein College, in celebration of Pan-American Day. Cabrera repeated his talk, outlining the sinarquista movement, “which is combatting Communism in Mexico.” [3]“Latin American Students Tell of Own Lands.” The Skyscraper, April 2, 1943. Both campus newspapers, The Notre Dame Scholastic and The Skyscraper, framed these men as authorities of Latin America, depoliticizing their particular perspectives and the political project they were advancing with their remarks.

Around this same time in April 1943, Bishop Edwin V. O’Hara, head of the Inter-American Institute, hosted a tour of a group of University of Mexico students. O’Hara created the Inter-American Institute to buttress President Franklin Delano Roosevelt’s Good Neighbor Policy by promoting “a better understanding among the nations of the Western Hemisphere on the basis of their Christian tradition.” This tour was one of many international exchanges that O’Hara facilitated.[4]The quote is from an Inter-American Institute pamphlet. Timothy Michael Dolan, Some Seed Fell on Good Ground: The Life of Edwin V. O’Hara (Washington, D.C.: Catholic University of America … Continue reading  He invited these students – and sinarquistas – Roberto Carriedo, Efrain Pardo, Juan Ignacio Padilla, and Alfonso Trueba, who toured universities in St. Louis, Chicago, Champaign-Urbana, New Orleans, New York, and San Antonio.[5]“Mexico Student Relates Synarchist Movement Aims.”

These men went to great lengths to deny any connection with fascism, working to reach a wide audience. During Pardo’s speech at Notre Dame and St. Mary’s College on April 9, he proclaimed that “because like some leftist groups we use a salute and sing songs an American magazine has called us fascists. This is like saying birds sing, girls sing, and therefore birds are girls.” If anything, he said that the sinarquistas were trying to bring back a Christian and “real” democratic order to Mexico.[6]Ibid. At the end of the month, Pardo and the three other students wrapped up their tour in San Antonio. The Reverend John L. Morkovsky of the Archdiocese of San Antonio accompanied the students to spread information about the movement throughout the city. The students told the city’s Spanish-language paper, La Prensa, that they took away great impressions from their audiences throughout the U.S.[7]“Regresaron a México el Prof. Roberto Carredo y Tres Estudiantes.” La Prensa, April 24, 1943.

Later in the year, Rainaldo Tefel, a visiting student from Mexico at New York’s Fordham University “explained” sinarquismo to students on campus. When asked, “are they Nazis or Fascists for denouncing various measures of the ‘democratic’ government of their country?” Tefel condemned the notion that the sinarquistas belonged to either group, stating instead that they were simply Catholic. They “took the Gospels as their inspiration” and have suffered persecution “sometimes by the government and always by their enemies, the communists,” he said.[8]“Synarchist Movement In Mexico Explained by Fordham Student.” Fordham Ram, November 19, 1943.  As the sinarquistas publicly opposed both the Mexican state and communism, they encountered backlash from both. Tefel recognized the opposition that the sinarquistas were facing, while recognizing that they were losing momentum as a movement.

When the Mexican Unión Nacional Sinarquista was in decline, its members supported a publicity campaign in the U.S. to buttress the movement against accusations that it was associated with fascism during wartime. Despite losing support and disappearing into a shadow of its former self by the late 1940s, the campaign, for a moment in 1943, helped generate support among Catholic college students across the nation, providing a glimmer of hope that the sinarquistas’ struggle was not over. By examining person-to-person exchanges at college campuses in the United States, we can understand how deeply transnational this Mexican movement was in order to convince people to support the Unión Nacional Sinarquista.  The United States was not simply a place to migrate to, but also utilized as a platform to change immigrant-sending nations. 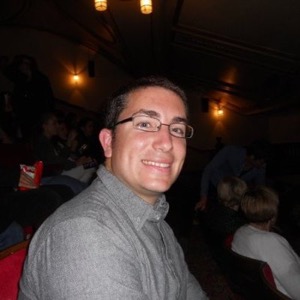 Nathan Ellstrand is a PhD candidate in History at Loyola University Chicago writing his dissertation on the political activities of the Unión Nacional Sinarquista in the United States during World War II.
← Opportunity: SHAFR Dissertation Completion Fellowship
Childlike Cultivators? Catholicism and Latinx Migrants in Chesterfield, Missouri, 1951-1965 →
#