Refugee Soldiers, American Patriots: Canadians in the Quest for Independence

In the spring of 1775, Ethan Allen and his Green Mountains Boys surprised the small British garrison at Ticonderoga, a strategic point guarding the all-important hydrographic highway consisting of the Hudson River, Lake Champlain, and the Richelieu River in Canada. By taking this sleepy outpost, the revolutionaries cut communication between Montreal and New York City. They quickly gained control of Lake Champlain. In November, Montreal was theirs. At the end of the year, they laid siege to Quebec City.

Disease and the arrival of British reinforcements at Quebec forced the invaders back to Lake Champlain in the spring and summer of 1776. By the time Congress adopted the Resolution of Independence in July, the old Province of Quebec was again well in British hands. Ticonderoga now offered a far different spectacle than it had. Fearing an imminent counter-offensive on the lake, the revolutionaries worked tirelessly to fortify the point. But these were not simply soldiers and builders from the Thirteen Colonies. There, in nervous anticipation of further British advances, were now-dispossessed Canadians, looking north and daily expecting to see an enemy flotilla.

During the Continental Army’s occupation of Quebec, hundreds of French-Canadian men had risen against the colonial regime in place since the collapse of New France in 1760. Having enlisted with the insurgents from the more southerly colonies, they were swept up in the confused and hasty retreat of 1776. Expecting incarceration and British seizure of their goods and lands, many moved up Lake Champlain with their families. All now were wedded to the cause of colonial emancipation.

The coming of winter eliminated the threat of a British advance for the season. The two regiments raised in Canada served in other theaters with great hardship. The Canadians were bloodied at Brandywine and Germantown. They began cutting a new northward invasion route through the wilderness of New Hampshire and present-day Vermont. While their families lived on rations in refugee camps at Albany and Fishkill on the Hudson, the men shivered in winter quarters with General Washington. And they saw action at Yorktown.

Victory, alas, brought little confidence or reward to these Canadian expatriates, who recurrently pleaded with civil authorities for proper compensation. The Treaty of Paris protected the Loyalists—not their counterparts, the Canadians either in their ancestral homeland or in the Thirteen Colonies who had aided the Revolution. Congress, for its part, had made a great many promises and now had no money to fulfill them.

The newly-independent states did have land, however. New York’s legislature stepped in and laid out the Canadian and Nova Scotia Refugee Tract in the northeastern corner of the state, along Lake Champlain, just shy of the new boundary line at the forty-fifth parallel.

Resettlement first required that these grants be surveyed and distributed. The soldiers and their families waited. General Washington acknowledged their plight. “These, with many others,” he wrote on July 16, 1783, “are the Men, who as they will say, have left their Country, their friends, their substance, their all, in support of the Liberties of America; and have followed our Fortunes through the various scenes of a distressing contest, until they find it to have terminated in the happiest manner for all but themselves.” He asked Congress to compensate these Canadian refugees—a term he did not hesitate to use. And with that, the commander-in-chief embarked on a northern tour, to Ticonderoga and beyond, “to wear away a little time.”

Not far behind Washington were those who had served him so loyally. At dawn, on July 26, 1783, Lieutenant Benjamin Mooers stocked a bateau in Poughkeepsie. With him were seven or eight Canadian men eager to leave their quarters in Fishkill and Newburgh. Together they pushed their craft through wind and rain up the Hudson and overland to Lake George. On August 6, they reached Ticonderoga. No doubt it brought back vivid memories of their initial struggles in the name of liberty. But they did not stop. Pushing ahead, weather permitting, the refugees brought their craft ashore in the present-day Town of Champlain, New York, on August 10 and began clearing land the next day. Here they formed the first Franco-American community—a community forged in war, tempered by the refugee experience at Ticonderoga and on the Hudson, and now refined by bonds of mutual aid and intermarriage on the northern frontier.

For the moment, Canadian families stayed on the banks of the Hudson on rations provided by Congress. So it would be for several years still. When Refugee Tract lots were drawn and formally allotted, a great number of soldiers—desperate for specie—chose to immediately sell their claim and settle elsewhere with what little they had earned. Some went to New York City; others slowly trickled back to Canada, however much they had sacrificed for independence from British rule. But many accepted New York State’s invitation and sacrificed further as they opened the deep, dark woods of northern New York to settlement, still racked with uncertainty.

These Canadians’ willingness to take up the cause of the burgeoning United States and their struggles in its name should resonate deeply in our time. War still daily dispossesses and displaces people around the world, most tragically in Syria. As we ponder appropriate responses to their ordeal, it may be well to return to the United States’ founding moment. Though at times neglected, the French Canadians were not disqualified from participation in this great republican experiment of the late eighteenth century. They could speak a different language and practice a different faith and still sincerely embrace American ideals. Congress did not debar them from compensation on account of their culture; they were not sent back to face reprisals.

At this critical moment, it is imperative that we recapture the history of these first refugees and those who followed—Jews, Hungarians, Vietnamese, and countless other groups that enriched this country even as they encountered pervasive nativism. In the wake of tragedy, uncertainty, and deprivation, the United States could be, and did become, a home to those who had suffered.

Even amid political surprises, this country’s light shines brightly. By its professed ideals it is itself a beacon—more than any other country, it is still the “Mother of Exiles.” The world recognizes it. We may hope that Americans will too and will live up to their promise.

Palmer, Peter S. History of Lake Champlain from Its First Exploration by the French in 1609 to the Close of the Year 1814, third edition. New York City: Frank F. Lovell and Co., ca. 1885. 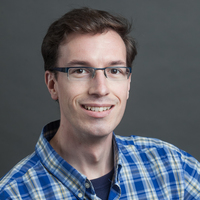