In early September at the turn of the century, while shocked Americans mourned a national tragedy, immigrants in New Jersey celebrated in the streets. This isn’t just the fantasy President Trump swears he witnessed on television (despite all evidence to the contrary). Amazingly, it’s also the exact story Americans believed after an anarchist fatally shot President McKinley on September 6, 1901.

By the time McKinley met his end, Italian anarchists had earned international notoriety as assassins. Italians murdered the president of France in 1894, the Spanish prime minister in 1897, and the Empress of Austria and Queen of Hungary in 1898.[1] Finally, in July of 1900 an Italian immigrant living in Paterson, New Jersey, traveled home to gun down King Umberto I. The American media quickly sensationalized Gaetano Bresci’s residency in Paterson and spread a rumor that Bresci had not acted alone. They believed Italian anarchists in Paterson conspired to kill King Umberto and drew straws to determine who among them would carry out the deed. The media’s reports led New Jersey Governor Foster M. Voorhees to appoint a special commissioner into Italian anarchism and convinced the American public that Italian Americans were violent ideologues.

While stories on Paterson’s anarchists subsided over the following year, the stereotype persisted. The night after McKinley’s attack, a reporter for the Paterson Morning Call went with a police escort to the city’s Italian neighborhood to gauge the immigrants’ reactions. The policeman brought him to an area where “swarthy fellows filled the sidewalks” and stated, “If I hear one of them say a word about the president I’ll smash his skull.” The reporter admitted that neither understood Italian, but they nevertheless eyed with suspicion the men and women out on a warm Saturday night wearing their best clothes and drinking in the saloons. “There was not an expression of sorrow” the reporter repeated several times, adding “big glasses were filled up and strange toasts given, in strange language.”[2]

Days later, as McKinley lay on his deathbed, Vice President Theodore Roosevelt wrote, “we should war with relentless efficiency not only against anarchists, but against all passive sympathizers with anarchists.”[3] Congress tried to heed his aggressive call, but after two years of stalemate over the constitutionality of legislating against political beliefs, they could pass only one anti-anarchist law: the Immigration Act of 1903. It should surprise none of us today that immigrants were an easy target for a stalled Congress. The act barred many people who did not fit certain moral, physical, and mental standards, but what made it novel was that for the first time Congress barred immigrants based on the thoughts in their head. No one who believed in the overthrow of governments or belonged to an anarchist organization would be allowed admittance to the United States.

History cannot tell us how many would-be-assassins the law thwarted, but it can tell us if it would have spared President McKinley from Leon F. Czolgosz’s bullet. Unfortunately for the politicians then and now who score points by tagging immigrants as violent terrorists, Czolgosz—like all of America’s presidential assassins—was born in America.

Last year Donald Trump swore he saw thousands of New Jersey’s Muslim Americans cheering after the terrorist attacks on September 11. More recently, the president issued an executive order banning migrants from seven Muslim countries for being potential terrorists. Today, as in 1901, stories about foreigners rejoicing over the nation’s grief help paint immigrants as inassimilable outsiders and security threats, which makes it easier to deny them the freedoms that we would never deny ourselves.

Back in 2001, Paterson police traveled through their city’s Middle Eastern neighborhood on September 11 to gauge the migrants’ reactions to the national tragedy, just as their predecessors did a century earlier. This time, however, Paterson Police Chief Lawrence Spagnola said, “when we got there, they were all in prayer.”[4] No one has found video of Muslim Americans cheering in New Jersey, and no immigrants from the executive order’s seven banned countries have committed acts of terrorism on American soil. Neither of those facts alone will stop Islamophobia from inspiring new immigration restrictions, just as the truth about McKinley’s American-born assassin did not stop Congress from legislating against immigrants’ political beliefs. The recycled Paterson story fits so neatly into a xenophobic political agenda that it does not matter whether it is true or false. The lies have already been retold, but we don’t have to keep following history’s narrative.

[1] Jensen, Richard Bach, “The Evolution of Anarchist Terrorism in Europe and the United States from the Nineteenth Century to World War I,” in Terror: From Tyrannicide to Terrorism, ed. Brett Bowden and Michael T. Davis (Univ. of Queensland Press, 2009), 147. 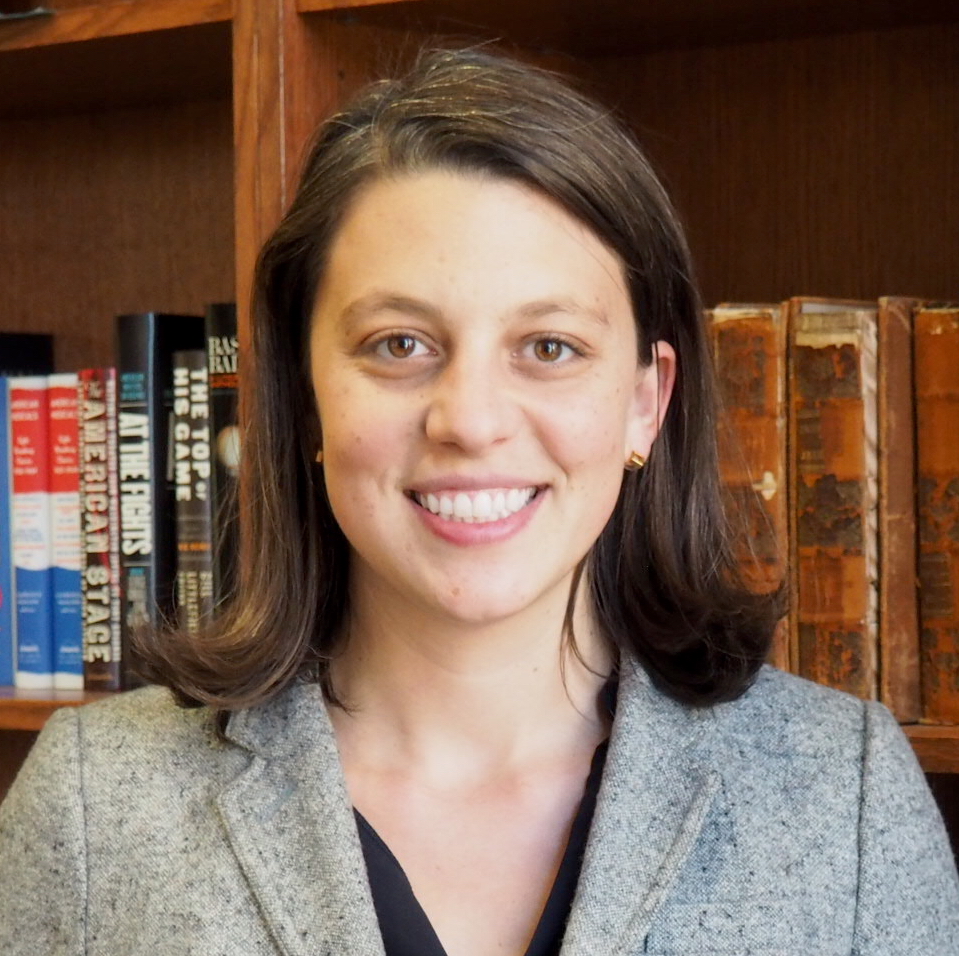 Jessica Lee is the Associate Director of the Freedom and Citizenship Program at Columbia University's Center for American Studies. Jessica received her Ph.D. in history from Columbia in 2016. Her dissertation is titled "To the Seventh Generation: Italians and the Creation of an American Political Identity, 1921-1948."
← Resources for you at the IHRC Archives
The INS on the Line: Making Immigration Law on the US-Mexico Border, 1917-1954 →
#