2016: The year nativism conquered the South

Editor’s Note: Periodically, the blog features contributions by this year’s IEHS award winners to give our readers a sense of ongoing scholarship debates in Immigration and Ethnic History and related fields. In April 2016 IEHS awarded Julie Weise Honorable Mention for the Theodore Saloutos Book Award for Corazón de Dixie: Mexicanos in the U.S. South since 1910.

Donald Trump’s pro-working class rhetoric seems to have upended popular ideas about who the GOP is and what it stands for.  But on the issue of immigration, his campaign turned a once-false Republican-equals-anti-immigrant narrative into a self-fulfilling prophecy.

On November 8, Southern white rural dwellers voted en masse for a candidate who made anti-immigrant rhetoric the centerpiece of his campaign. But this was by no means the inevitable outgrowth of “entrenched Southern racism” as blue-state liberals like to assume. As I have written elsewhere, our contemporary anti-immigrant movement did not begin in Trump country. As recently as 20 years ago, immigration battle lines were drawn differently, with labor and the left opposing it while business-friendly conservatives encouraged it. Indeed, the last major immigrant amnesty was signed into law by President Ronald Reagan in 1986. The anti-immigrant wave Trump amplified first began in the 1990s in suburban California. In contrast, rural Southerners have long held more nuanced views on immigration, with agricultural communities and Evangelicals in particular much more receptive to Latinos than stereotypes of the “racist South” would suggest.

In other words, a major finding of my 2015 book, Corazón de Dixie: Mexicanos in the U.S. South since 1910, is that for much of the twentieth century, the South was more receptive to Mexican immigration than the West was. How did we get from there to the electoral map of 2016? I’ve been watching the change with my own eyes. I was first drawn to study Mexican migration to the U.S. South in 2004. Working in the immigrants’ rights field before graduate school, I saw that Southern states, particularly North Carolina, were uniquely welcoming to their exploding population of Latinos, and even took steps specifically to accommodate those who were undocumented. As a white Californian raised on stereotypes that we were more open-minded than our counterparts in the South, I found this curious and wanted to know more.

Once I started poking in archives, I saw that the South had a long history of Mexican migration – longer than anyone had realized. Because U.S. actors offered earlier migrants little help in claiming rights, their politics and archival trails ran straight to Mexico City rather than Washington, Raleigh, or Atlanta. Thus, Southern historians had not explored them. In Mexico I found the sources that enabled me to reconstruct the stories of Mexican merchants and laborers in 1910s-30s New Orleans, Mexican sharecroppers in the Mississippi Delta during the same period, and bracero guest workers in the Arkansas Delta during the 1940s-60s. A set of more U.S.-based sources allowed me to document the history Mexican labor migration through the rural South from the 1960s-90s, and finally, immigrant settlement in the South’s metropolitan exurbs since 1990.

Traveling to the South and interviewing immigrants there nearly every year from 2004 through 2011, I watched the earlier, more receptive rural South become a harsher, more anti-immigrant place in a relatively short period of time. These increasingly prominent sentiments were not home grown. They came to the rural South from the outside—from national pundits like Glenn Beck, internet-based networks connecting anti-immigrant activists nationally, and the legislative agendas of suburban Republicans, both in nearby state capitols and Washington, D.C., who tied their party ever more tightly to anti-immigrant rhetoric.

Latinos got the message. In 2004, undocumented Mexican immigrants readily agreed to let me interview them, then told me of their generally positive experiences in the South. But by 2011, many were reticent to interact with an outsider. Those who did agree to an interview spoke of a new climate of fear and a palpable sense of unwelcome in their communities. Yet, in rural areas I still saw many local leaders speaking out for a pro-immigrant brand of conservatism.

I return to the South frequently now to lecture, but five years have passed since I last conducted research there. I wonder about the hundreds of thousands of Latino immigrants who placed their trust in white rural conservatives – employers, church volunteers, and local politicians—in the hopes that they would be protected from an increasingly harsh national climate. Pro-immigrant conservatism was always still conservatism, and the deep red hue of the rural South in 2016 is no surprise. But it must look more menacing than ever before to the Latino immigrants who have made their homes there. Southern pro-immigrant conservatism has been under pressure for the last decade, but it took a New York billionaire to finally break it. 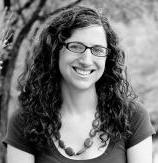 Julie M. Weise is assosciate professor of history at the University of Oregon.
IEHS Awards | IEHS books
← No business like the clothing business: how I came to write The Rag Race
Debating diversity: The Diversity Visa lottery and the 2016 election →
#