The Pledge of Allegiance and the Perils of Quiet Nativism

Photo of the Little Outfit Schoolhouse in southeastern Arizona during flag raising. 1943 photo by Charles Herbert in the public domain.

In July 1892, Francis Bellamy delivered an address titled “Americanism in the Public Schools” at the annual meeting of the National Educational Association (NEA). Bellamy, a former Christian socialist minister from Boston, hoped to gain the support of prominent educators at the NEA for the Schoolhouse Flag Movement, which enlisted public school students to raise money to purchase an American flag for their classroom. Bellamy also wrote the Pledge of Allegiance for schoolchildren to recite as part of their daily flag exercises. The Schoolhouse Flag Movement and the Pledge of Allegiance quickly caught on, and today, millions of American students recite Bellamy’s pledge at the beginning of every school day.

In his speech to the NEA, Francis Bellamy stated that this new Americanism “must be made a force strong enough to touch the immigrant population which is pouring over our country.” The American flag was more than a mere symbol, he argued, because it could be used to instruct impressionable young children in Americanism. Bellamy also boasted of the positive feedback he had already received from educators about “the salutary influence” of flag rituals “on children of foreign parentage; to them it is a daily object lesson in patriotism for the land of their adoption.” He then described the popularity of flag rituals in the immigrant schools of New York City as “evidence enough that the flag has as great a potency to Americanize the alien child as it has to lead regiments to death,” referencing the Civil War.” For Bellamy, it was imperative to assimilate immigrant children into a national American identity before they developed any ethnic allegiances in order to prevent divisions that might threaten the American nation in the future, as the Civil War did thirty years previously.

Although Francis Bellamy’s rhetoric may seem rather mild compared to the extreme anti-immigration activists of the late 19th century, to say nothing of our own era, we should not overlook such quiet and “polite” appeals to nativism. Crude, blustering proposals to restrict immigration based on race or religion may dominate the news cycle, but the notion that the children of foreign-born parents must be forcibly assimilated and Americanized through public education existed long before Francis Bellamy and continued throughout the 20th century. The idea that children must be instructed in patriotism through the repetition of rituals and the use of symbols is, quite simply, a nationalist belief that is still mainstream today.

When contemporaries and historians disregard and neglect to critically question examples of quiet, everyday nativism, we inadvertently contribute to the normalization of nativist and nationalist ideologies. While anti-immigrant fervor reemerges to dominate our political discourse every couple of decades, quiet nativism is an inconspicuous but consistent ideological foundation of the American identity. Whether through the recitation of the Pledge of Allegiance in our schools or the singing of the National Anthem at sports events, we continue to use symbols like the American flag as “daily object lessons,” to use Francis Bellamy’s phrase, in the reification of national identity. The rituals or rhetoric of quiet nativism are the connective tissue that define the body politic and normalize ideas of what it means to be American and, by extension, what it means to not be American.

This is not to say that examples of quiet nativism are as dangerous as more drastic and aggressive examples of nativism; both historical and contemporary anti-immigrant policies (like the 1882 Chinese Exclusion Act or Donald Trump’s proposed ban on Muslim immigrants) deserve swift and incisive scrutiny from historians and commentators. However, we must not ignore quiet nativism either. When quiet nativism becomes acceptable as a common sense belief in society, it lays the groundwork for eruptions of extreme nativism and nationalism in the future. Nativism and nationalism are closely intertwined ideologies, and we live in an era where anti-immigrant nationalism has gained tremendous political popularity around the world. But as historians, we know that society has weathered hyper-nationalist and nativist eras before, so it falls on us to examine historical nativist and nationalist movements and to help others to make sense of the implications for the present. 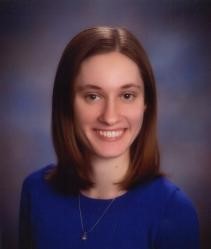