During the 2016 Jewish holidays, a miracle occurred.

The Chicago Cubs broke a 108-year-old curse by winning Major League Baseball’s playoffs and the the World Series. While the World Series did not actually fall on Yom Kippur in 2016, in years past, even irreligious Jews hesitated to play baseball on their Day of Atonement. Unlike other Jewish holidays, Yom Kippur was the one holiday many Jews, even those who celebrated no other Jewish holidays, celebrated.

In 1934, Detroit Tiger Hank Greenberg, in 1965, LA Dodger Sandy Koufax and in 2004, LA Dodger Shaun Green all sat out games that fell on Yom Kippur. That Jewish players would sit out games played on Yom Kippur reflected the importance of the holiday to even otherwise irreligious Jews. To many immigrant Jews, baseball, that symbol of the American Dream, represented the pinnacle of Americanization. These Jews saw baseball as a means to assimilate into the dominant American culture.[1]

Players’ decisions not to play on Yom Kippur were so significant that Jews and non-Jews alike felt the need to comment on the unique relationship between Jews and baseball and reflected the role of religion in the lives of Jews in America.

In the 1860s, baseball began to professionalize, and Jewish players, such as Lip Pike, were among the first professional players.[2] However, by the 1880s, tensions between the observance of Yom Kippur and baseball had grown. An 1887 article in The American Israelite noted that despite many young Jews being at baseball fields, synagogues were still well attended on Yom Kippur. A tension existed between those Jews who went to synagogue and others who, in the words of the article, “can’t see why they should abstain from eating one day out of three hundred and sixty five.”[3] An important question plagued professional and amateur Jewish players since the beginning of the  immigration period – whether to pray or play. While many Jews seemed to abandon prayer for baseball, others chose to sit out the game and pray, allowing religion to triumph over the allure of the secular.

In 1921, the St. Louis Post observed that the 7th game of the World Series was on Yom Kippur. The paper quipped that Yankee Aaron Ward, who was not Jewish, would always remember that he lost the World Series, implying that if Ward had not played on Yom Kippur the Yankees might have won.[4] In 1924, the Baltimore Sun, the Atlanta Constitution and other newspapers, commented on how the Washington Senators benefited when Al Schact missed a game in order to pray on Yom Kippur.[5] But in 1928, when Andy Cohen of the New York Giants missed a game for Yom Kippur, the Jewish Advocate argued that it was a triumph for Judaism. The Jewish Advocate observed that while baseball was the ultimate sign of American assimilation, its importance was trumped by religion on Yom Kippur.[6]

Although many Jews were acculturating into mainstream American culture, Jews still held on to their Jewish identity in their observance of Yom Kippur in the 1920s and after. The coincidence of the Jewish High Holy Days and baseball games pushed men like Hank Greenberg, Sandy Koufax, and others to make choices about their priorities. By choosing to be Jews first and baseball players second on Yom Kippur, Jewish players helped define how to be Jewish in America.

[4] Stockton, J. “Pitcher Phil Douglas may have had a Cold, but Evidently it Didn’t Settle in His Feet.” St.Louis Post – Dispatch (1879-1922), Oct 13, 1921; This is reminiscent of LA Dodger Pitcher Drysdale’s famous line to the coach when he was pulled out of the game “I bet right now you wish I was Jewish, too.” Jim Caple, “Sandy Koufax’s Refusal to Pitch on Yom Kippur Still Resonates,”  http://www.espn.com/mlb/story/_/id/13710996/los-angeles-dodgers-legend-sandy-koufax-decision-not-pitch-game-1-1965-world-series-yom-kippur-resonates-today. 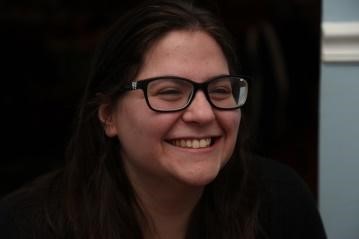