As a graduate student, I became fascinated by spatial history and immigration during the Progressive Era. I wanted to understand how recent immigrants living in large cities in this era described their surroundings, and wondered what these descriptions would reveal about changes in their self-perception as members of a new polity, and their ideas of what it meant to become American. However, I immediately ran into a host of challenges finding sources. First and foremost, I found that the immigrants whose views I was most interested in—wage workers, young men and women for whom their new lives in the United States were a truly life-changing, often precarious ordeal—rarely left behind a trail of personal papers in the archive. If they did, it was usually quite sparse letters or diaries, brief and to the point: job and health updates, and practical, pressing plans. Immigrant letter collections were helpful, but they often represented too wide a range of regions and people. Fortunately, the Chicago History Museum’s Polish American oral history archive came to the rescue.

Initially, using oral histories recorded in the late twentieth century seemed like a divergence from my original research interests and my wish to work only with sources created at the time of the Great Migration. However, necessity created a new opportunity. I became interested in exploring how such projects shaped the public memory of an earlier era of mass immigration and the identity of their subjects, elderly Polish Americans, as they reflected on how Chicago changed over the course of the twentieth century and their own lives, and how they understood issues like urban renewal and residential desegregation.

The oral history program at the Chicago History Museum received federal funding in 1976 under the Ethnic Heritage Studies Program Act. Researchers recorded 140 interviews with Polish Americans who had immigrated to the United States between 1880 and 1930. These recordings were designed, as the language of the Act went, to “afford students opportunities to know more about the nature of their own heritage and to study the contributions of the cultural heritage of other ethnic groups of the nation.” Put simply, the Chicago schoolteachers could later use these narratives to teach about everyday life in the immigrant communities and make the struggles of the Ellis Island-era relatable to children, many of whom came from immigrant backgrounds themselves.

The pedagogical purpose of the oral history project is evident in the conversation topics chosen by interviewers. Topics included the journey to America, first months of adaptation in the new country, work and union membership, education and training, customs and celebrations, religious life, courtship and marriage. Far from being only a narrative of immigrant perseverance and adaptation to life in Chicago, a catalogue of family misfortunes and private lucky strikes, the collection also reveals a fascinating history of racial formation and identity politics in twentieth-century Chicago.

When elderly Polish Americans told their life stories on tape, they reflected not only on their experience of the early twentieth century city life, but also on how they perceived Chicago in the mid-to-late 1970s. Significantly, I read these histories as documenting the “white ethnic revival”—a shift in the collective self-perception of the immigrant-stock, working-class whites that was occurring nationwide in the wake of the Civil Rights movement’s high tide.

By studying the tropes, common themes, and plots of the Chicago Polonia’s oral histories, I am learning how residential segregation, ideas about civil rights, generational anxieties, and perception of street crime shaped the private memories of people living in Chicago’s Polish neighborhoods. Often, such comments centered on the remembered homogeneity of the subject’s neighborhood prior to the Second World War, often nostalgically invoked as a time when the neighborhood was “safe.” Some subjects complained that newcomers to the neighborhood, often non-white, committed crimes or that the changing demographics undermined neighborhood architectural preservation to argue that their surroundings changed for the worse. To quote a particularly insistent informant, Mary Janka, a Bucktown homeowner, argued that the city “sold [the Poles] down the river” when it allowed African Americans to live in the public housing project near the Holy Trinity Polish Catholic Church. “We were told that the Noble Square would be strictly for the Poles and for the Whites,” said Janka. Interestingly, she borrowed the framing of Civil Rights and black liberation discourse to express her thinking about ethnic and racial difference. “I think, just like the Blacks say… Black is Beautiful… I think Polish is beautiful,” Janka declared, after explaining her anxiety about the dissolving Polish identity of Bucktown.

The shared community declension narrative emerging from these oral histories highlights for me the power structural forces have in shaping collective memory. While the Polish American oral history archive represented an attempt to create a new, conciliatory public discourse on the meaning of immigration in American life, the outcome of the project undermined that goal. By introducing Chicago schoolchildren to oral histories where the newly empowered immigrants finally spoke for themselves, the project, instead of emphasizing palatable continuities between immigrant experience in the “golden age” of immigration and the 1970s, often highlighted the more controversial ones, such as the continuing links between whiteness, property ownership, and citizenship. 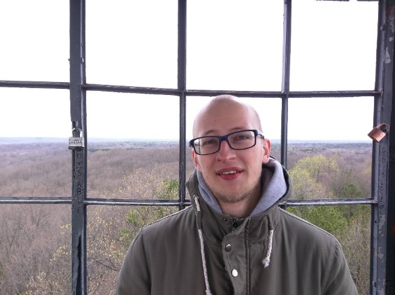