“It’s Giving Back to the Community”: Historians of race and ethnicity should take sports seriously

We are living in extraordinary times. The late historian Howard Zinn once remarked that the world we live in is “topsy-turvy.” But Zinn died during the presidency of Barack Obama. The world, it might have seemed, was tentatively moving in a positive direction, at least in terms of race relations. While challenges and racism persisted, white supremacy appeared to be  dying, and the fact that “a black man with a funny name” occupied the White House seemed to bear testament to that. Or so it seemed. It turns out the world is now even more topsy-turvy. Not only are white supremacy and racism not dead, but they have allies in the highest seats of power. Racists, white supremacists, and neo-Nazis no longer feel the need to hide behind masks and instead parade themselves openly.

And the resistance? Well, it seems, sports figures are leading it.

The movement began as a one-man protest in September 2016, when then San Francisco 49ers quarterback Colin Kaepernick took a knee during the national anthem in to protest police brutality, racism, and “a country that oppresses black people,” drawing equal measures of support and criticism. More recently, responding to President Trump’s outburst that “when somebody disrespects our flag” people should demand that owners “get that son of a bitch off the field,” hundreds of players across the league—in many cases, entire teams, have either locked arms and kneeled in unity or stayed in the locker room during the anthem altogether.

Other sports figures also expressed their support of the protest. LeBron James reminded reporters recently that “the people run this country. Not one individual, and damn sure not him.” Washington Wizards standout Bradley Beal said “it’s giving back to the community by voicing your opinion [and] standing behind what’s right.” Steph Curry of the championship Golden State Warriors similarly stated, “I don’t think us not going to the White House will miraculously make everything better, but this is my opportunity to voice that.” Many others similarly participated in the protest or voiced their support.

Sports have always been an arena for resistance and dissent. From Muhammad Ali and Mahmoud Abdul-Raul to Tommie Smith and John Carlos to the antifascist soccer supporters of the Seattle Sounders and the U.S. national team soccer players who have refused to “stick to sports,” athletes and fans have seen sports as political spaces.

So it’s odd that historians, particularly historians of race and ethnicity, have largely shunned the tremendous opportunity to examine the role of race in sports and sports in popular resistance.

As Elliott J. Gorn and Michael Oriard have asked, “How is it possible to understand American culture, particularly African American culture, and ignore the role played by sports?” How, indeed, especially when ordinary African Americans, like Texas attorney James Payne, a man I interviewed for the Civil Rights in Black and Brown Oral History project told me, sports have always been seen by oppressed people as “the great equalizer.” Indeed, those familiar with the history of football and how the Carlisle Indians shaped the sport will understand what Payne meant.Sports aren’t trivial, and neither is their history. It’s time to recognize that sports  are as socially relevant and as politically meaningful as street protests.

And I’m certainly not suggesting that sports historians are doing a poor job. Leading sports historians, from Brad Snyder and Cindy Himes Gissendanner to Adrian Burgos and Lindsay Parks Pieper have produced excellent work. The problem is that they are few and relatively isolated. As Lisa Doris Alexander explains, “Classes on sports history, particularly in history departments, are quite rare.” In a sports-obsessed country, this should be shocking. It should also be seen as an opportunity. As history departments continue to see drops in enrollment and majors, why not tap into an area of interest for so many Americans?

Sports can tell us a lot about our society and its past, especially when it comes to questions of race and ethnicity. Consider the bloody history of the Old Firm. Or that the NBA and NFL are composed of 75 percent  and 80 percent black men respectively. Or that the Los Angeles Dodgers fans have, over decades, turned racist derision into a point of pride. Or that the U.S. national men’s soccer team (which recently bowed out of contention for a spot in the 2018 World Cup, a development seen by some as a metaphor for our times) is led by young men with names like Nagbe, Gomez, Castillo, Corona, and Gonzales—sons of immigrants and refugees from every corner of the world—a diversity truly evocative of the nation and the history they represent.

Sports are a deeply American tradition. They are also cultural and social phenomenon where ideas about race, nation, belonging, and ideology play out, quite literally, in the bodies, actions, and words of athletes and spectators alike. Historians have a massive opportunity to make that clear and to begin thinking about sporting events as primary sources every bit as important  as newspapers, government tracts, and oral histories, with much to tell us about our past and what it means for us today. 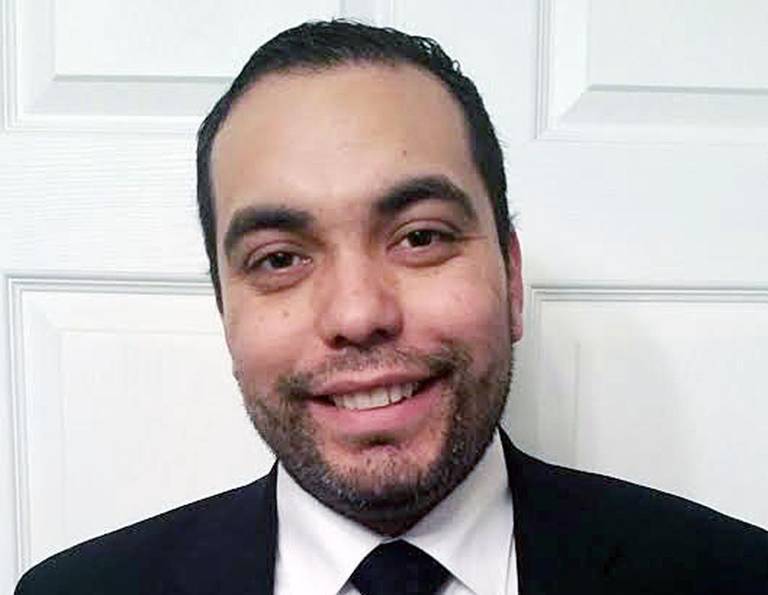 Eladio Bobadilla is a Ph.D. Candidate in U.S. history at Duke University, where he studies the history of social movements. He is also a U.S. Navy veteran who served in support of OEF/OIF and a member of Redneck Revolt, a working-class, multi-racial antifascist organization. He received IEHS’s George E. Pozzetta Dissertation Award in 2017.
Grad Student Post | Racism | Resistance and Activism
← Scottish white ethnic revivalism and usable pasts in Alexandria, Virginia
Our Thanksgiving Meals Are Eaten, But The Fight for Farm Workers’ Rights Is Still on the Table →
#