Salvadoreños in Michigan: Deliverance activism in the Midwest during the 1980s

In my research, I discovered the stories of two teenagers who arrived at First Presbyterian Church in Ann Arbor, MI in late fall 1984. The chilly Michigan autumn must have been the coldest weather they had ever felt. Their arrival begs the question how did Salvadorans end up in Michigan?

Fleeing forced conscription in El Salvador during the height of the civil war, both boys left El Salvador and traveled through Mexico on foot. After crossing the U.S.-Mexico border near Brownsville, TX they were apprehended by the INS and sent to Gift of Life Refugee Center in Donna, TX, where INS officers sometimes brought unaccompanied youth when immigrant detention centers reached capacity. While at the refugee center the boys met church activists and they were soon placed in contact with the various organizations that made up the Deliverance Movement.

An offshoot of the Central American Peace and Solidarity Movement (CAPSM) that was devoted to aiding Central American refugees during the 1980s, the Deliverance Movement bailed refugees out of detention centers, gave them temporary housing throughout the Midwest, and helped them apply and prepare for asylum interviews with Canadian consulates.

The teenagers were among the nearly one million Central Americans that fled the civil war and headed north. In response to the growing refugee crisis at the Mexico-U.S. border, increased U.S. intervention in Central America, and the federal government’s denial of political asylum to Salvadorans, church activists, refugees, and immigrant communities came together to forge an alternative to incarceration and deportation. CAPSM was born out of the activist networks formed during the Vietnam anti-war movement, the moral outrage felt by religious activists toward U.S. intervention, and the previous activism of Central American immigrant communities. CAPSM sought to end U.S. intervention in Central America and it provided an alternative to incarceration for refugees who were denied political asylum. Mass demonstrations, acts of civil disobedience, giving indefinite refuge to Central Americans, and, in the case of deliverance, helping refugees reach Canada were political acts aimed at helping the plight of Central Americans by forcing the federal government to confront its interventionist policies and selective immigration policies.

The story of deliverance forces scholars to re-conceptualize sanctuary and CAPSM. The standard narrative about these organizations points to a radical movement in which activists “risked their own safety to raise consciousness about Central America.”[1]María Cristina García, Seeking Refuge: Central American Migration to Mexico, the United States, and Canada (Berkeley: University of California Press, 2006), pg 4.

Yet, in deliverance we see a pragmatic approach to the refugee crisis that sought to work within the parameters of U.S. refugee policy. Rather than providing indefinite shelter to refugees, deliverance worked to move refugees across the United States and into Canada, where they were eligible to apply for political asylum.

Much of the literature on the Central American refugee crisis argues the U.S. refused to grant political asylum to Central Americans because doing so would be admitting that U.S. foreign policy was creating unlivable conditions in the region. To combat the recalcitrant Reagan administration, deliverance activists bailed refugees out of detention centers, helped them apply for political asylum in Canadian consulates, and housed and prepared them for interview dates with Canadian immigration officials. Deliverance activists’ willingness to work within legal boundaries signifies a departure from the radical narrative of sanctuary, adding nuance and depth to the larger story of CAPSM.

To point to deliverance’s more conservative nature is not to diminish its status as a social movement; rather it highlights the constellations of options available to activists, as they looked for ways to stand against United States policies they deemed morally bankrupt. Indeed, any type of social movement devoted to the well-being of refugees and “illegal aliens” in the United States is inherently radical.

The deliverance movement took root throughout the U.S., and unlikely spaces in the Midwest—far from the southern border and without existing Central American communities—became active in the movement. The number of congregations involved in the deliverance network is staggering. There were churches across the Midwest and East Coast that provided resources for refugees. A few of the churches that hosted refugees were Akron Mennonite Church, Akron PA; Broadway Baptist Church, Kansas City, MO; Church of the Servant, Gran Rapids, MI; Covenant Group, Monticello, WI; New Covenant Fellowship, Urbana, IL; Princeton House Church, Princeton, NJ. The sheer number of participating churches demonstrates how powerfully  CAPSM made itself a key player in the activist landscape in the 1980s.

Today, as we hear about present-day sanctuary and other community initiatives to protect immigrant rights, we must remember the diverse tactics of an earlier generation of activists who forged a social movement that in its time challenged U.S. immigration policy and fought for the rights of Central American refugees. 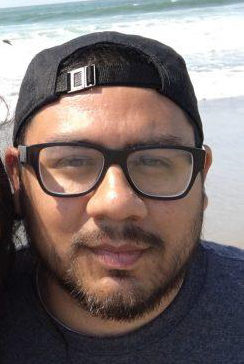