Bhairavi Desai and yellow-cab drivers in 1998. Photo retrieved from The New Yorker.

The romance of the “American dream” thrives in the minds of many immigrants as they make their journey across the waters. The American dream, however, is often at odds with the South Asian concept of the homeland. Immigrants from Pakistan, India, and Bangladesh in the late twentieth century attempted to infuse the ghar (home) with their interactions in America, as a lens with which to negotiate their own positions in society. Working class South Asians in the 1980s and 1990s learned that their previous identities, framed by kinship networks and family structures, were culturally incompatible with their social lives in the New World. A number of working-class South Asians understood, however, that they could craft solutions for problems in the workplace with the ghar as a marker of identity and solidarity. In their pursuit of social equity, South Asians in America sought to use the notions of home and family to unite ethnically disparate immigrants.

This solidarity can be well understood, I argue, by examining the New York Taxi Workers Alliance (NYTWA). On May 13, 1998, the city of New York witnessed one of the most remarkable cab strikes in American history. The strike was organized by the NYTWA and led by Bhairavi Desai, who encouraged roughly ninety-eight percent of the city’s 24,000 yellow cab drivers to park their cabs and protest against the Taxi and Limousine Commission. Cab drivers were agitated by unfair and arbitrary fines enacted by the TLC and sought to fight for collective change in the industry.  The strike disrupted the city’s transportation for the day, but more importantly, it indicated that immigrant men could effectively exercise power and earn basic working rights for themselves. The strike was a victory for South Asian cab drivers in the 1990s, who previously appeared to policymakers as unorganized and unable to articulate solutions for the city.

What role, we must ask, do South Asian immigrant cab drivers and organizers in New York City play in the construction of South Asian identity in America? How does the concept of home relate to a conversation about taxis and labor organizing? When the NYTWA was forming, the organization did not have much financial backing, so they arranged their meetings with cab drivers in ethnic restaurants. This shared culinary space unintentionally placed South Asian workers in a familiar homeland setting. The organizers, sensitive to the language preferences of the cab drivers (though they all more or less had basic English skills through their interactions with passengers on the job), printed memos in Urdu, Bengali, Guajarati, Hindi, and other languages to appeal to the culturally disparate sub-groups. The inclusion of multiple languages served to embrace a wide variety of participants in meetings and to encourage members to voice their opinions and share information with one another.

The organizers also switched to a method of family-centered integration: they began by instructing cab drivers to refer to each other as “brothers.” A Pakistani driver referring to his fellow Indian cabbie as his equal by calling him “brother” is a rather significant change, as it implies and encourages loyalty between Indians and Pakistanis. Bhairavi Desai, the founder of the NYTWA, and a relatively young Indian (Guajarati) woman at the time of its formation, purposefully went out of her way to interact with Pakistani and Bengali members, accompanied by Biju Mathew (also Indian); in a similar vein, Javaid Tariq, a Pakistani founding member, talked to the Indian cab drivers. Their diverse foundation in the leadership ranks of the NYTWA showed that the organization was prioritizing the recruitment of ethnically diverse cab drivers and elevating the pursuit of common goals over nationalistic differences. Perhaps the American dream was not feasible for cab drivers, but the dream of a South Asian coalition was very much alive. 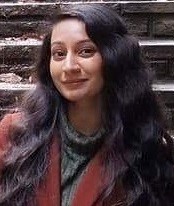 Rohma A. Khan is PhD Candidate in the History Department at the University of Rochester. She studies immigration, labor, and cultural history in twentieth-century America. Her article, “Cab Fair: Taxi Driving and South Asian Labor Activism in New York City, 1985-1999” (Labor History- forthcoming) explores how immigrant drivers forged a new South Asian identity while organizing for social and economic rights within the city’s cab industry.
food | Grad Student Post | kinship | Resistance and Activism
← Salvadoreños in Michigan: Deliverance activism in the Midwest during the 1980s
No Whiskey on St. Paddy's Day: A Transition from Genealogical Curiosity to Historical Inquiry →
#