From July to October of 1868, an unusual reform movement in a New York City waterfront community captured the attention of cities across the nation. The “Water Street Revival,” a short-lived religious reform effort, began after journalist Oliver Dyer published a Packard’s Monthly article identifying John Allen, the owner of a sailor’s dance-house and brothel, as the “Wickedest Man in New York.” Dyer’s sensational account of a night at Allen’s dance-house drew religious reformers’ attention to the thriving brothel district in the Fourth Ward, an East River waterfront community that also boasted the second-largest immigrant population in New York. A whirlwind of media attention and several memorable publicity stunts, including the religious conversions of Allen and other prominent Water Street brothel owners, prompted a four-month flurry of reform efforts in an otherwise neglected waterfront immigrant community.

Sensationalist accounts of immigrant neighborhoods were not new in 1868, but Dyer’s article highlighted two social problems that struck a chord with reformers: prostitution and seamen. The Fourth Ward’s brothel district was notorious. Walt Whitman identified the city’s “hardest houses” of prostitution in the Fourth Ward, where prostitutes were “generally drunkards” and “sailors, canal-boatmen, young fellows from the country, &c., go regularly.”[1] Dyer confirmed Whitman’s description, calling the prostitutes at Allen’s dance-house “not often comely to the fastidious eye. But to a sailor…they are not without attractions.”[2] Nevertheless, what most concerned Dyer’s readership about these prostitutes was Dyer’s claim that many of them came from Christian homes. Significantly, Dyer’s article neglected to mention that most of Allen’s prostitutes were Irish-born.[3]

The Fourth Ward’s transient maritime population similarly worried reformers. Seamen were of particular interest because of how frequently they were targets of criminal activity. Matthew Hale Smith’s 1868 book on New York sympathized with the sailor, who upon docking in the Fourth Ward’s seaport, “is seized by men who lay in wait for him; enticed into some one of the many dens where sailors congregate, vile liquor is given to him in abundance; women, hardened, cruel, and vile, rob him of all his cash.”[4] Dyer’s confirmation that Allen’s was one of these “dens” frequented by seamen shifted reformers’ attention to the Fourth Ward waterfront. Yet, as with prostitution, newspaper commentary on Allen’s maritime customer base did not include birthplaces – a surprising fact given that 65% of these waterfront workers were foreign-born.[5]

The issues of prostitution and seamen, not the immigrant majority, sparked reformers’ interest in the Fourth Ward. Dyer’s article was widely reprinted in newspapers from Chicago to Lancaster, Pennsylvania. Allen professed to be a converted Christian, and he and several other brothel keepers rented out their Water Street establishments for community prayer meetings that attracted large audiences. The prayer meetings’ religious organizers claimed that though attendees initially stumbled in for the spectacle, they came back for the prayer.

By October 1868, it was clear that the reported success of the Water Street missions was a sham. Religious reformers had capitalized on the sensation surrounding the Allen exposé, and few legitimate conversions actually took place. The Times urged readers to continue reform efforts in the wharf community while avoiding sensationalism, but Allen’s October 18th arrest effectively ended the heyday of the Water Street movement.[6]

The media surrounding this curious reform effort in New York’s second-largest immigrant district is significant in its characterization of the district as a maritime, rather than an immigrant, community. The maritime aspect of the district may have been only part of why the Water Street Revival took off. However, the ways in which the popular media knit together this community as one of degraded prostitutes and seamen, rather than of foreigners, has important implications for how the immigration and “Americanization” process functions, and for how societies group people more generally. It also brings up several questions: At what point does a foreigner become an “immigrant” in the eyes of the host society (in this case, in the eyes of the popular media)? Moreover, how and when are certain groups determined to be worthy of reform (or criticism)? While we might assume this process begins immediately upon arrival, New York’s Fourth Ward waterfront suggests that in the mid-nineteenth century, recent arrivals were not immediately categorized as foreigners, and their environment had something to do with it. 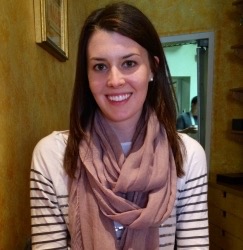