In Flushing, Queens, Yi Lan Halal Restaurant serves several traditional Chinese dishes from Xinjiang Province, in northwest China. That province is home to diverse ethnic groups, including a significant number of Muslim Uyghurs. The menu at this Queens eatery, operated and patronized by Uyghurs now living in the United States, comprises noodles, beef, and seafood dishes. While Yi Lan does not serve pork, the restaurant does serve beer, in order to attract both Muslim and non-Muslim customers.

Over in Astoria, Queens, Fatima’s Halal Kitchen resembles a standard American Chinese takeout restaurant catering to the diverse customers of the neighborhood. At Fatima’s however, certain menu items are labeled Halal, and marketed to Muslim customers, both Chinese and non-Chinese. The classic American Chinese dish General Tso’s Chicken is offered in both Halal and non-Halal versions.

For my research, I visited both Yi Lan Halal Restaurant and Fatima’s Halal Kitchen. I was surprised by the variation in Chinese Halal food that I found even in this small sample. In China, Halal food varies from region to region. Its many variations are based on regional influences that rely on specific ingredients and approaches. Uyghur Muslims in Xinjiang serve Halal meals that differ significantly from the meals enjoyed by Han or Hui Muslims from other provinces. In the Western regions, including Xinjiang, dishes often include lamb, mutton, and noodle-based soups. Northern Chinese Muslim cuisines tend to contain beef dishes, while Muslims in the South serve more duck and seafood-based meals. While Muslims in China have had a complex relationship with the government of the People’s Republic of China, at times facing serious discrimination, Chinese Halal restaurants can be found thriving throughout the country.

In the United States, Chinese Muslims may adapt their already diverse dishes even further as they try to reach local customers. By serving beer, or making a Halal version of General Tso’s chicken, Chinese Muslim restaurateurs expand the market for their food by reaching out to non-Chinese Muslims, non-Muslim Chinese, and others.

Restaurants offer an essential window into this rarely examined immigrant and ethnic group, but further study on the Chinese Muslim diaspora in the United States should be conducted. In particular, I would be interested in measuring the size of the Chinese Muslim population in the United States, and in trying to understand how members of this group view themselves. How has increasingly Islamophobic rhetoric in our national politics affected this relatively unknown group?  I would recommend an extensive ethnographical study on other Chinese Halal restaurants including in-depth interviews with the owners of these restaurants to uncover how they market their restaurants to Chinese, Muslim, Chinese Muslim and non-Chinese and non-Muslim customers, and how they preserve and view their Chinese and/or Halal roots. Such a study would provide a clearer sense of diversity within immigrant groups, and would show through food how immigrants today adapt to American society in a context of challenging international politics.

Editor’s note: For more on Halal food in China, see the recent New York Times article on a noodle treaty in Shanghai. 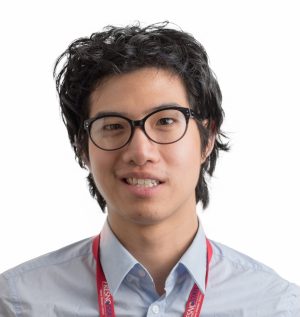 Raymond Pun is the first year student success librarian in Fresno State. He was previously a reference and research services librarian in New York University Shanghai and in the New York Public Library: Stephen A. Schwarzman Building. He holds a Master of Library Science from City University of New York, Queens College and a Master of Arts in East Asian Studies from St. John’s University.
Grad Student Post
← Child Refugees: Our Present Informing Our Past
The Immigrant Waterfront →
#