“We Become the Scape-Goat”: African Voices at Indiana University in the 1960s

Since the 1950s, Indiana University (IU) has gone through a remarkable transformation in terms of its foreign student population. In a few decades, IU transformed itself from an ‘All-American’ school’ into an international hub.

The Background of IU’s ‘International Transformation’

African students, in particular, faced a precarious situation. They experienced both suspicion against non-Americans and the prejudice prevalent among white Americans towards Blacks. They were politically weakened both by their lack of citizenship and their skin color. But despite marginalization, African students still had agency and voice. African international students’ history is rarely told, but here, through two short stories I will try to exemplify how African students did not remain silent in the face of challenging experiences.

Ikot Alfred Ekanem was an Ibibio prince who moved to Indiana to acquire higher education. In 1966, while studying at IU, he was crowned as his clan’s monarch in a publicized ceremony in Bloomington.[3]John McKesson, “Tribal Titan: 350 See Student Become Chieftain,” The Indianapolis Star, 4 December 1966, p. 1. When Americans treated Ekanem with prejudice, he confronted it. He publicly announced that defying stereotypes was his reason to take on his role as a ‘tribal’ leader while still in college. The coronation and its publicity, he contended, could contribute to a better understanding of Africans by Americans.[4]Bill Pittman, “Nigerian Student at I.U. will become Tribal Chief,” The Indianapolis News, 1 December 1966, p. 2.

After his coronation, undergrad Ekanem continued to advocate for Africans. In 1967, he wrote to IU’s executive administration, detailing the numerous challenges Africans faced at IU.[5]C11, box 4, Indiana University Archives, Bloomington. He talked about “the unforgettable, bitter feelings with which most African students have returned to their respective countries from America.” The most prominent problem, he contended, was a social one. He describes loneliness and social antagonism as Africans were “constantly left alone… feel alienated and unwelcome.” According to Ekanem, such “social emptiness” caused African students to isolate themselves to closed groups.

Africans had tense relations with the local Bloomington community as well. The police frequently harassed African students on the weekends and halted their social gatherings. Local landlords “refuse[d] to rent apartments to foreign students (Africans mostly).”[6]Ibid. Landlords’ racism was also acknowledged by IU. A 1969 internal report mentioned incidents of landlords who refused business after hearing foreign accents or seeing ‘foreign appearance,’ concluding that “Racial and national bigotry… are still widespread among Bloomington landlords, [causing] considerable damage [to the image of the USA]… a dark-skinned student… will inevitably have some unpleasant experience in Bloomington, for which his official orientation has not prepared him…”[7]Foreign Student Advisory Committee 1969-70, “Interim Report.” C268, box 12, Indiana University Archives, Bloomington.

Ekanem suggested holding a special orientation for African students, who were not fully aware of American racial strife. Such an orientation “would necessitate great frankness from the university,” and should include information about “the establishments in the community which prefer not to serve [African students], landlords… who will not rent to Africans, organizations which they might find antagonistic.”

In 1964, a report of IU’s Advisory Committee for Foreign Students was leaked to the press. The report included officials’ concerns about the negative implications of the increasing numbers of international students. Professors worried about the eroding academic standards caused by the growing numbers of foreign students. The report reflected a prevalent skepticism about the situation which some named as “the foreign student problem.”

The media positioned the African students at the heart of this so-called “problem,” quoting the report which stated: “The emerging African nations… send students to IU… without the cultural background so the student can absorb what would be required of an American student.”[8]Thomas G. Karsell, “Reforms Urged: Foreign Student Cutting of I.U. Standards Seen,” The Indianapolis Star, 8 May 1964, p. 1.

The African Students’ Association, a small organization representing Africans on campus, did not remain silent. In a letter sent to IU’s leadership, the Association provided a profound reproach of the racist treatment of Africans. This manifesto summarized the bitter feelings of discrimination and condescension that Africans like Ekanem felt. They contended that: “…the whole indictment of foreign students’ intellectual and cultural inferiority… implicitly focuses [on]… “under-developed,” “backward,” and “primitive” African students… What cultural background do you expect prospective African students to have before they can thoroughly absorb “Americanism”?”[9]C304, box 71, Indiana University Archives, Bloomington.

Both the Cold War and the Civil Rights movement were present in the letter. The association wondered whether “the African foreign students [could] ever overcome the cultural barriers which the American system has established…” even if they “had stayed in the United States for the past 300 years?,” referring clearly to the unfortunate history of blacks in America. They also criticized the American pretension of “sav[ing them] from communism,” while still treating them as a “scape-goat.”

It took IU another decade or so to end its skeptical attitude towards international students. The African student protest mentioned above contributed to the eventual change. Their activism was taken seriously by IU’s leadership, who made a genuine effort to understand the roots of dissatisfaction. African students, despite their limited power, still had a voice. Their voices embodied courage, criticism, and defiance, helping shape and accelerate major reforms, causing IU and Southern Indiana to become more open. These stories also show how the history of international students was intertwined in the larger histories of the Civil Rights Movement and the Cold War. International students brought broader global and national events into small communities in the heart of America. 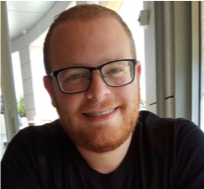 Asher Lubotzky is a Ph.D. student in the History Department at Indiana University (Bloomington, IN). Asher earned his MA in History from Bar-Ilan University, Israel. His research interest is African history and its links to immigration and settler colonialism. His dissertation deals with interactions among different ethnic groups in South Africa around the establishment of Apartheid.
Grad Student Post
← (Im)migration Detention: A Selective Bibliography
Teaching Fiction in Immigration History: Preparation for the Next Life, by Atticus Lish →
#