Teaching Fiction in Immigration History: Preparation for the Next Life, by Atticus Lish

An advanced undergraduate seminar on United States immigration history presents an intimidating problem of scale. There is so much relevant content that it may seem impossible to devote time to particular, non-representative immigrant experiences, especially fictional ones.

However, including fiction – like Atticus Lish’s 2015 novel Preparation for the Next Life – can meaningfully enrich a history seminar. Lish’s dark and troubling narrative of individual, contingent experiences challenges students of immigration history to think beyond groups and patterns. A critical analysis of the novel introduces students to theoretical debates that are otherwise inaccessible in an undergraduate classroom. Moreover, it offers historians and their students the chance to think outside of the discipline: what is the relationship of the author to the experience being represented? What can historians glean from literary elements of the story that fall outside of our normal inquiry?

There is a theoretical basis for teaching history through using such a lens. I have used fictional narratives like Preparation for the Next Life in a similar way that other teachers have used the great works of microhistory. “However singular a person’s life may be,” Jill Lepore writes, “the value of examining it lies not in its uniqueness, but in its exemplariness, in how that individual’s life serves as an allegory for broader issues affecting the culture as a whole.”[1]Jill Lepore, “Historians Who Love Too Much: Reflections on Microhistory and Biography,” The Journal of American History 88, no. 1 (2001): 129-44, 133.

This novel is about the experiences of an undocumented Uighur woman, Zou Lei, who lives in deep Queens. Zou Lei straddles Muslim and East Asian immigrant cultural spheres and is not typical or representative of any one immigrant group. But, in her distinctiveness, Zou Lei answers Lepore’s call for an “allegory for broader issues.” The economic hardships faced by undocumented East Asian immigrants in Queens and the surveillance of Muslim immigrants in post-9/11 New York are both hallmarks of the twenty-first century immigrant experience. Both are explored profoundly through the character Zou Lei’s particular life experiences.

In one scene, Zou Lei is living outside the city in a La Quinta Inn with a group of Chinese immigrant women. When she has the opportunity to briefly speak with a Honduran maid, the reader plainly sees the material commonalities of their immigrant experiences across lines of ethnicity and language:

“No, no much money. Poquito money. You has working papers?”

“No.” They both laughed.

Lisa Lowe’s theoretical scholarship critiques English-language “Asian American immigrant experience” novels for tending to essentialize a diverse set of experiences. She argues that the narrative form lends itself to lessons of multicultural assimilationism, and in doing so can erase capitalist exploitation, cultural particularities, and radical subversion. Lish avoids these pitfalls. Any aspirations of cultural assimilation are quickly surpassed by pressing economic, interpersonal, and carceral concerns related to her precarious status. Zou Lei does not fit tropes or stereotypes often found in depictions of Asian women; she is neither subservient nor physically diminutive. In these ways, Lish answers Lowe’s calls for more nuanced representation.

But here lies a methodological problem for students to work through. Lowe writes of self-representation. Atticus Lish is a white man. Does that change anything? Without offering students clean answers, these questions challenge them to think critically beyond historical analysis.

As Lowe reminds us, it is impossible to understand the United States immigrant experience without considering it alongside U.S. empire. Lish’s other main character Brad Skinner, a Pennsylvanian and troubled Iraq War veteran, provides a chance to do so. Skinner’s mental and emotional hardships provide two key classroom lessons. His story shows readers that empires are made up of individuals; Skinner’s experience as a soldier is drastically disassociated from the macro purposes of the war, and the novel shows that he is, along with the people of Iraq, also victimized by imperial policy even as an executioner of that policy. More broadly, Skinner’s anxieties reflect the war’s effect on white Americans and their relationships to migrants of color at home. Skinner responds to fear and perceived injustice with swift, reactionary, uncompromising violence, whether against others or himself. Students can see through the novel that just as war abroad has trained him to react this way, empire more broadly has conditioned the same reactions to immigrants among different U.S. publics. 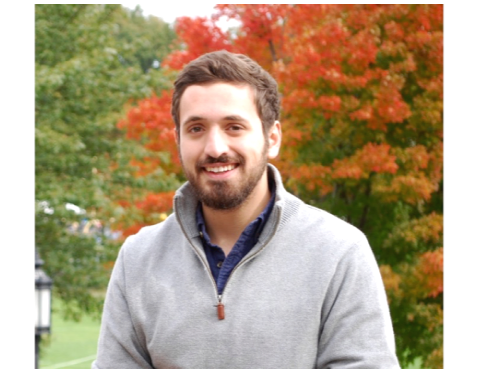 Evan Turiano is a Ph.D. Student at the Graduate Center, City University of New York, where he studies nineteenth-century United States history. He also teaches U.S. History at Queens College, CUNY. His writing has appeared in The Activist History Review and Muster: The Blog of the Journal of the Civil War Era. He lives in Queens, NY.
Grad Student Post | Teaching
← "We Become the Scape-Goat”: African Voices at Indiana University in the 1960s
Promoting immigration in 19th century America →
#