Bring in the gypsies: a case study in race and U.S. immigration policy

Known for his strict adherence to immigration law, and unsentimentally enforcing it, the Commissioner of Immigration for the port of New York, William Williams, had little to say after deporting the gypsy immigrants. According to the Sun, Williams said he was “making no precedent by excluding them” and was merely following in the footsteps of his predecessors. The article further elaborated and speculated on Williams’s reasons for excluding the group. “[Williams] had read in the newspapers and he was inclined to believe that the gypsies were too fond of other people’s horses and chickens. They had never stolen any chickens from him, however, perhaps because he had no chickens.” The New York Times concurred with Williams for yet another reason by declaring, “[America had] too many unproductive nomads” and immigrants were “expected to do their share in developing the industries of the country and become good citizens.”

Despite the lack of explicit legislation barring gypsies from entering the United States, immigration officials used racially nonspecific provisions, such as “likely to become a public charge (LPC),” to exclude gypsies as a race. Gypsy stereotypes, which pervaded American society, contaminated decisions to admit and to exclude them. (In my dissertation, I detail my decision to use the term “gypsy” instead of “Romani” or “Roma.” It reflects not only the use of the term during the period, but also its use to describe a nebulous and diverse set of itinerant groups which included ethnic Romani, Irish Tinkers, non-ethnically-based nomadic groups, among many others.)

When debarring supposed gypsy immigrants as LPC from 1891 to the 1930s, as the above story illustrates, inspectors invoked two stereotypical attributes time and again to justify excluding them: gypsies were both criminal and idle. Immigration and law enforcement officials suspected that traditional gypsy occupations – horse-trading, metal-working, peddling, fortune-telling, among many others – were merely fronts for criminal activity. Moreover, they did not consider these types of trades productive. The itinerant lifestyle of many gypsies at the time served to confirm these suspicions. After all, many Americans believed, there must be good reasons not to adopt a settled life. Criminal activity and work avoidance seemed like plausible reasons to stay on the move. While many gypsy groups had considerable wealth relative to other immigrants, and there was no evidence of their criminality, anti-gypsy prejudices prevailed. Gypsies, immigration officials argued, might not be LPC according to the original intent of the provision. But given gypsies’ reputed pernicious character and troublesome work ethic, they would certainly clash with authorities and likely become inmates in penal institutions.

The international profile and diverse appearance of gypsy groups complicated the process of exclusion. Immigration officers identified gypsies by way of life rather than by phenotype, language, religion, nationality, native origin, or heritage. This practice conflated ethnic Romani with other itinerant groups, placing them all under the appellation “gypsy.” In so doing, the state, the public, and interested parties reconstructed a gypsy race by extending the group’s membership to traveling communities previously not included in the category. Americans also introduced new variables into their racial ideology by foregoing customary markers of race. Indeed, station officials and inspectors based their determinations on how many gypsy-like behaviors an immigrant displayed.

This pattern of interrogation suggests that gypsy identity was contingent on behavioral attributes. To be sure, the emerging fields of criminal biology and eugenics posited that behavioral qualities were hereditary, which could not be changed through social or political intervention. But in the absence of other racial indicators, if gypsies settled and took up regular employment they would be largely indistinguishable from much of the general population. This grey area in American racial theory was often evident in a board’s line of inquiry and reasoning. Indeed, if the board could not demonstrate that the immigrant behaved as a gypsy then it was at a loss to prove gypsy identity. Officials reluctantly admitted the alleged gypsies in such cases.

Americanists have long considered gypsies, Romani, and travelers, European phenomena of marginal interest. U.S. immigration historians rarely mention them. Occasionally, gypsies or Roma appear in the historical narrative, but it is almost always in passing or in comparison to other immigrant groups. Yet, evidence suggests that gypsies arrived in the Americas, voluntarily or by force, as early as the seventeenth century, and they have continued to come during the last four hundred years. Moreover, there are an estimated 300,000 to one million Americans who identify as or claim Romani or gypsy heritage.

Gypsies are ghosts of American history. They certainly exist, but we see them only under the right conditions. This understudied group can further our understanding of the nexus between race and immigration policy. It is time to bring gypsies into mainstream scholarship and include their stories in U.S. immigration historiography.

My research is made possible by the good works of Matt and Sheila Salo, Ian Hancock, Ann Sutherland, David Nemeth, and many others who made initial forays into the experiences of the American-Romani and -gypsy communities and their immigration into the U.S. 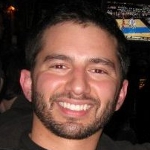 Philip D. Erenrich is a Ph.D. candidate at Syracuse University’s Maxwell School of Citizenship and Public Affairs. His research interests include US immigration, race, culture, and the state. His dissertation, “Making Gypsies: Race and Culture in US Immigration Policy, 1891-1932,” explores the impact of culture on the enforcement of immigration policy and its consequential effects on the formation of a gypsy race. It details the use of racially nonspecific provisions, such as “likely to become a public charge” (LPC), as broad instruments to exclude and deport supposed gypsies as a race during the Progressive Era. This situates the narrative of racial exclusion between the Chinese Exclusion Act of 1882 and the Immigration Act of 1924. He considers “Making Gypsies” a social and cultural history of the state.
Deportation | Grad Student Post | Race
← Repatriation Agreements of the United States, Mexico, and Canada
Introducing a new immigration history teaching resource →
#