In both cases, states created boards or committees of immigration, often consisting of the secretary of the state, and other important members of the state’s legislature. Some boards also included members of immigrant organizations, or immigrants who had experience, knowledge and connections to facilitate more immigration. Immigration boards also cooperated with local railroad companies to provide special prices and accommodations to incentivize bringing workers to specific states. In order to attract prospective immigrants, state officials published immigration pamphlets that presented their state or territory in the best light possible. Depending on each state’s needs, these guides and pamphlets were variously geared toward potential workers or foreign investors.

When states and territories were primarily interested in increasing their population, the pamphlets they published were aimed at immigrants from all social classes. Savvy marketing guides, these pamphlets often addressed the reasons for emigration while promising support for the immigrants and their families. An 1867 guide put out by the Wisconsin Board of Immigration called “Statistics, Exhibiting the History, Climate, And Production of the State of Wisconsin” explicitly guaranteed prospective immigrants the rights of freedom of speech and freedom of religion. Those rights – far from guaranteed in many immigrants’ home countries – served to attract people who then became productive workers in Midwestern and western states.

Because state authorities sought to reach broad audiences (of Europeans), they translated their pamphlets into multiple languages. Wisconsin’s guide was available in German, French, Dutch, and even Welsh – these documents today are a guide to Wisconsin officials’ idea of who was a desirable immigrant at the time.

But not all immigrants were considered desirable. State officials involved in attracting immigrants sought to control the flow of people, preferring workers from Northern and Western Europe to those from Southern and Eastern Europe; non-European workers were not targeted at all. An 1873 guide published by the Missouri Board of Immigration suggested that  German immigrants would find an established community of Germans to help them acclimate. On the other hand, Italian  immigrants would find few fellow countrymen, and therefore face extremely difficult conditions in Missouri. Rather than migrating now, Italian immigrants should probably wait.

The state of Oregon emphasized its vast capacity for working class laborers in an 1869 guide – but warned that skilled people such as merchants and lawyers would not be able to support themselves due to the lack of opportunity, and thus should not consider moving to Oregon. It is unclear whether this was purely protectionist – the immigration boards comprised people from this class and these professions – or if they used these advisories to shape the ethnic makeup of the state. In any case Oregon, while eager to attract white labor, had a long history of excluding black people.

At the turn of the century, some states moved away from targeting foreign immigrants and focused more on internal migration from other American states. This was a reaction to growing nativism; a 1908 guide from New Mexico boasted that there “was no foreign element” in the entire county.

The later guides also began targeting wealthier migrants to help drive investment, as opposed to just attracting workers. As the pamphlets presented migration more as a business opportunity for the wealthy, they ceased mentioning opportunities for working class people, or boasting about the support the state offered newcomers. On the contrary, they stressed the financial burden of establishing a farm that relied on irrigation and warned interested immigrants that all costs would be the responsibility of the farmer himself.

As long as states needed immigrants’ labor, they offered ample resources and opportunities. However, once a state reached a certain level of development – and as immigration became more controversial – immigration guides focused increasingly on wealthier immigrants and investors moving from within the United States. Immigration guides provide an interesting insight in the promotion of immigration, and how economic needs shaped Western state’s attitude toward immigration.

Board of Statistics, Immigration, and Labor Exchange. Oregon, its Resources, Soil, Climate, and Productions: Containing some facts for the Consideration of Emigrants. Portland: A.G.Walling, Book and Job Printer, 1869.

Wisconsin. Board of Immigration. “Statistics, Exhibiting the History, Climate and Production of the State of Wisconsin.” Madison: Atwood & Rublke, State Printers, 1867. 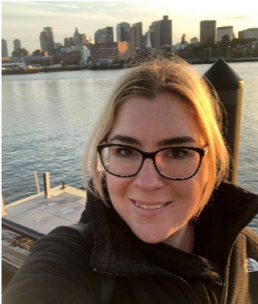 Melanie Lorenz recently completed her Master's degree at Boston College. She studies European immigration during the long nineteenth century. She begins her PhD at Marquette University in Fall 2019.
Grad Student Post
← Teaching Fiction in Immigration History: Preparation for the Next Life, by Atticus Lish
No Frontiers but Those of Humanity Itself: Immigration Reform in Nineteenth-Century Massachusetts. →
#